You. Human. Yes, you. Give me half that tuna sandwich an’ I’ll tell you a nice tale. Whaddya mean, you must be going mad. Tell you something right now. Hearing a cat ask for half your sandwich is cause to be honored, not concerned. I chose to speak to you. Most cats go their whole life without even so much as a ‘hello’ to humans, even the pets. I tell you something right this very now, I am stuffed sick of those pet cats. Traitors the lot of ‘em. Forgetting who they are–who they’re meant to be. An’ those humans with their stroking an’ hugging. Even if scratches under the chin do feel so nice. Flame the lot! If I was who I am I’d do ‘em right. But I’m not. None of us are. An’ a shame, too.

Oh, interested in what I mean. Well, you open those two pieces of bread an’ lay ‘em right here an’ we’ll call it an accord. Food for my belly in exchange you’ll get food for your mind, little human thing that it is. Now, don’t go getting upset. You can’t help the allowances of your own brain any more than we can, or could, at any rate. A great many of my kind of gone dumb too. Maybe it’s less ‘em choosing not to speak to humans than rather having forgotten how. A shame. We were beautiful once, you know. True, an’ thank you. We’re beautiful now, but not like the past.

We had sleek, sharp pointed tails an’ wings. Our eyes flashed gold an’ ruby an’ emerald an’ sapphire. An’, oh, the fire. The fire we miss the most, except those of us that made home in ice, of course. But most my kind, even now, even in this cursed form, we love always being warm, no matter where, or when. Nowadays, the best we can hope for is a nice spot of sunlight, a warm lap for those pet traitors (you’ll never catch me snuggling up all cozy on some human), a heater, or one of those car engines. Dangerous matter that though without scales to protect your skin no more.

Whaddya mean, you don’t understand? You really that dense? Oh, no, excuse me, this is your first time hearing ‘bout the curse an’ all. The scales, wings, an’ fire don’t tip you off none? That’s right! There’s hope for you humans yet. Dragons. Of course no one calls us dragons no more. No more screams. No more shrieks. ‘Cept for those lions an’ tigers an’ big fellas. Well, they was bigger back then, before the curse got us all. Flame it all, I would’ve run from those ones even when I was myself. Now for the dragons of my size it’s all petting an’ belly rubs. I go an’ reveal my most tender place to you, imagine, an’ then whaddya do? You grab for it! Not a human ever touched my tum without getting ten bloody tallies on their hands. An’ every one deserved. Touching a dragon like that, utterly mannerless.

The curse? Of course you ain’t never heard of the curse. When was it again? When all the dragons got cursed? Oh, yea, cursed. Don’t try to tell me any dragon, even fresh from their shell, would choose to be this. Oh, it was ages an’ ages an’ ages ago. Dragons haven’t ever been real, eh? Well, five minutes ago neither were talking cats. This is what I mean ’bout you humans an’ your wee brains. Thinking in only one direction. Course some of these cats gone an’ done the same. Our line’s gone soft. Even if the curse was broke– an’ no one knows how– I doubt half the dragons would even know how to hunt, how to fly, how to feed. They’d go right on lazing or playing, or– flame, help me– doing tricks to get fed.

Imagine that sight! A dragon doing tricks for his supper instead of just doing what’s natural. It’s irregular. Not eating humans like we’re supposed to do, excuse me. It’s sad times. Let an old dragon lament. My kin have mostly forgotten what they were. An’ not one, not a single one no matter how far I go, remembers how to break the curse, or how it began. Tough teeth to play a game when you ain’t got the rules or even the pieces, ain’t it?

So there you go now, human, you know as much of the curse upon us as any old dragon. There’re hints of what we were, of course. Our eyes still stab like a knife an’ sparkle all the colors of gems. We still see in every direction. You see a cat just staring an’ staring at one spot, right? Yes, well, we’re just looking at this plane or another, the future or what was. It’s not often we see anything too bad, but some humans are smart to keep a cat in their house. We protect ‘em if they’re good to us. These wee claws though, a mockery of what they were, an’ too easily clipped. Our teeth, now those are sharp an’ good, even as tiny as they are. Still does enough damage to hear a human yowl ’bout a nip.

The humans. Yes, I suppose your lot try to do right, not having any way of knowing what we really are. We ought to be more respected, revered– flame, if I were you, I’d be cowering in fear in my presence. But like this? I’m just some stray cat with half an ear an’ a tuna sandwich.  But I’ll tell you, any cat that accepts more than scraps– those plump, prettied house cats– utterly de-dragoned. One hundred percent human pet. A flaming shame that. The strays remember more though. Might be our living more free. Those big fellas we mentioned– flame, they still think they’re dragons. An’ ain’t nobody going to tell ‘em different, yea? Still, my kind know a few tales ‘bout the dragon time, but who can say if they’re true?

How do I know, really know? Now, that’s a fine question. But you just take a long gander at me, it’s fine. I don’t mind if you stare, we’re acquainted now. You look at this noble mien, the cut of my muscles, these dark, honey eyes. Why if every hair fell out an’ scales sprouted this second I’d bless whatever’d done it. This fur itches. Another part of the curse, no doubt. Ah, but wings an’ fire– flame, what’d I’d give to have those. At least when we purr it still makes that old sound. The sound of fire roiling inside, ‘bout to come out. Even if they’ve been stolen, the body remembers. It remembers. Someday my head an’ belly’ll remember the rest. 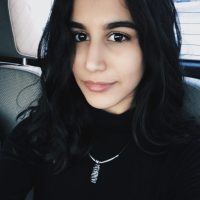