She felt the first stirrings of her heart as warm laughter filled her ears; she opened her obsidian eyes in time to see the bouncing curls of the one who’d created her and her domain. The frolicking figure, light hitting those wild curls, vanished over the edge of her lands. Save for the sound of distant waves and the early colors of sunset painting the sky, she was alone. Land stretched in every direction, beyond the horizons. And it was hers. Her creator had deemed it be so. She, created alone in the castle of glimmering white and brown, was the goddess of these lands. This too, her maker had declared. Alas, the goddess’s creator had made her with limited powers. After all, a god’s power could never exceed their creator’s.

The newly born goddess wandered the damp and empty corridors; on the ramparts crafted of precarious wooden planks she marveled at the sunlight and how it made her dress shimmer. Her dress though was the same color as the sun-toasted walls sparkled like a million stars in the light; her skin, brought up from the deep, was darker but shone even more magnificently than her gown. Hard, black hair fanned down her back; it had been harvested from the sea and the scent of salt still clung to the reed-like structure.

Wandering through the castle the goddess repaired walls that had tumbled loose or begun to sag. She could move the stone and earths as her master had. If she wished it she could have even created her own subjects, to worship and love her. But she knew. She knew. She knew truths just as every deity born knew their truths. Why she had been made; what she could do; what she could not do; her purpose.

She had been born knowing because her maker had known. Even though they had not been actively thinking about the future it had knotted up in the back of their mind, and so the goddess too knew the future. The goddess would create nothing in her own image as her master had done. She would reign over the world alone. Already her first day of life was setting with the ever reddening sun. Its hues swirling in the skies with deep persimmon and vermilion; the shallow waters blinding to look at began to dull as a thumbnail crescent of buttercream rose out of the oceans. Ever closer. Ever closer. The night air was colder than she had imagined it would be. But the stars made up for that transgression.

It was like looking down upon the whole of the sea, sparkling and distant. Or so she imagined. It was magnificent and vast and overwhelming, even for a goddess such as she. Only the constant whisper of creeping waves broke her gaze from the awe of the stars. The moon had risen. The sun gone. The night had snuffed out color. The light was gone. Her dress no longer sparkled and her skin no longer shimmered. But her obsidian eyes watched the tide water rising with the pull of the moon.

The very moment she thought it the castle rumbled. The goddess raised her stiff arms and clawed at the base of her sanctuary; she pulled the earth forward to reinforce the keep. A tower fell with deafening echoes skipping through the once glamorous palatial corridors. The goddess fluttered to the balcony. It was held aloft by a clever weaving of thin wood and the floor was smooth, dark, reflecting the oil-like colors beneath the moonlight. Even from here, the outermost and highest point of her castle the goddess could barely pile the battlements before a vicious wave destroyed it. It was useless and it was madness. She had known this would come. She had known. And still she struggled. She fought for the life the careless creator had given her. The goddess was not ready for death even as the castle of sand and sticks and seashells tumbled out from beneath her.

The water hit her as the opalescent oyster shell balcony sunk beneath the cruel waters the moon had risen. Her dress melted. Her skin dissolved. And the fan of black coral that had been her hair floated to the surface, then it too sunk. How frivolous the creator had been to birth a goddess unable to prevent the inevitable death she knew would come. Had creating life they knew would perish before the dawn only been a game? How cruel humans are to create their deities then forget them when necessity fades. Such was the fate of all gods though. The goddess’s final thoughts, as the particles of her existence scattered in the currents of high tide, were of the vastness of the stars. How the night had been like the ocean, and the stars like grains of sand. She let go. Thus, the sandcastle goddess perished.

As ever, the sun returned. The sand warmed. Once more the shoreline of the small beach was smooth. Night had washed the sandcastle, and everything else, away. From their beach house, the girl and her family returned to the slated shore. Her mother lay beneath an umbrella; her father and brother splashed in the shallow waves. And again, the little girl began to build a sandcastle, all the while dreaming of a goddess who lived there.

2 thoughts on “Stars In the Sand” 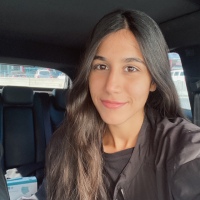